This is late, and scheduled… because I’m on my way to France. Photo heavy update.

The big time suck for me this month was Breakout Con. You can read the results of that in a separate post. I didn’t mention the night before, a quick getaway for cheap in a new hotel that hadn’t quite opened yet. It was nice, and had a record player. It was also close to a Ravi Soups. I did a lot of prep drawing maps, reading adventures, and painting minis. 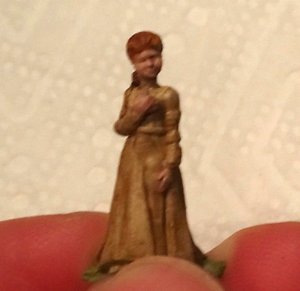 Wiz Kids mini. The NPC “victim” in Vault of the Devourer, and also a PC (aka Cassie, the psychic detective) 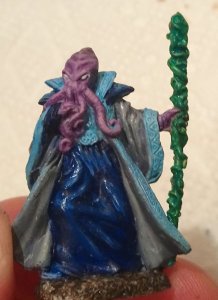 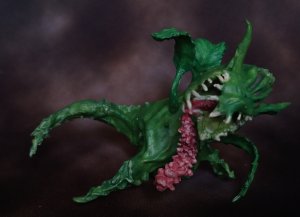 Displacer Beast for Vault of the Devourer. 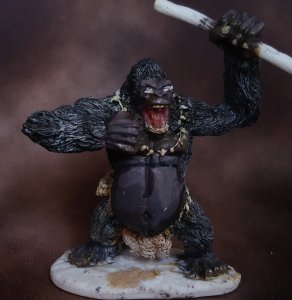 For all you Donkey Kong lovers. I used this in Vault of the Devourer. I’ll also eventually use it in my Rampage diorama. The ultimate classic arcade game representation.

My Tuesday gaming group finally finished the season 3 hardcover Out of the Abyss, after about 16 months? Two people left (one because he got a new job, and the other because he’s getting ready to sail a small boat south for NEXT winter). I’m amazed that I know 2 people who own boats.

Thursdays have been more inconsistent. Once a dozen people cancelled at the last minute. Luckily I’m a 5 minute bus ride away (but a 20+ minute wait between buses). I found a new route from work ( actually an old route that’d I’d abandoned because of buses that weren’t coordinated, leaving me to wait 20+ minutes outside in the cold) that would get me home in 40 minutes, give me time to feed the cats and cuddle them, and change bags with my gaming stuff.

Mostly my mind is occupied with renovation stuff. I can’t wait for things to be done. I still have until June. Did I mention my basement looks scary? 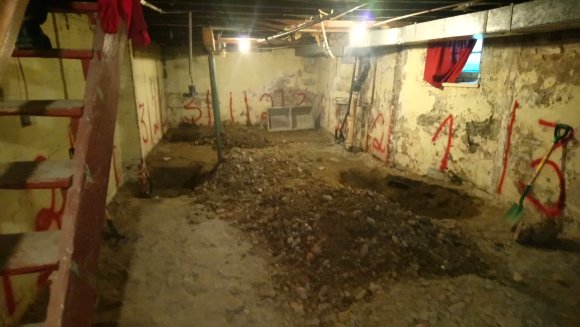 I even tried writing a bit, when the deadline for a project I actually wanted to submit to snuck up on me. I managed a 5000 word day. Unfortunately, it was re-writing the same bits 3 different ways, each version a bit tighter than the last one. I got brain-fry before I was done so I filed it for another day.

Some Dim Shores titles to complete my subscription. You should grab what you can, there’s about 4 titles left in stock, because who knows how long until, or if, they’ll come back. Also, buying up these last books will help a good guy out, and make it more likely there’ll be more great books in future. Definitely grab a copy of looming low, and whatever limited chapbooks are left, though I kinda hope a bunch sold at the Outer Dark Symposium. 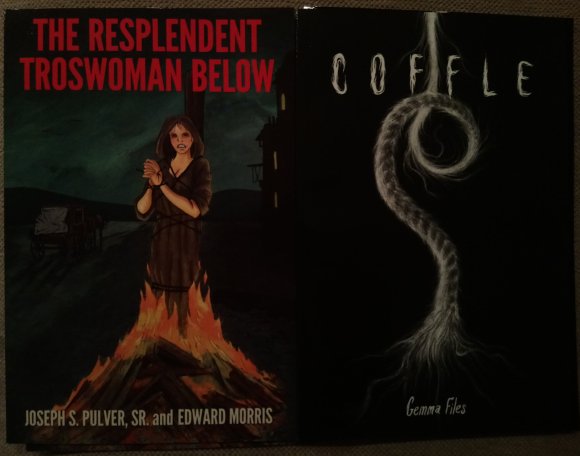