Books, books, so many books. And I don’t even have pictures for all of them. 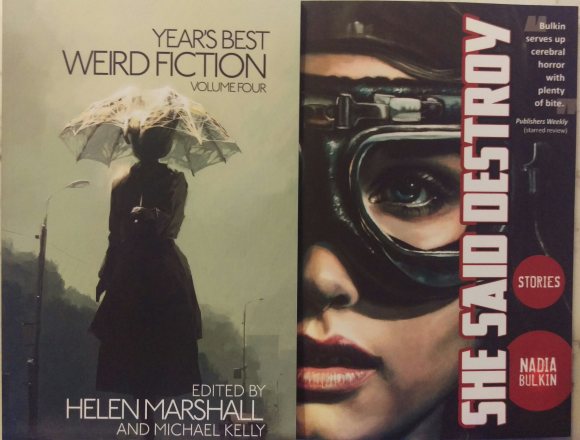 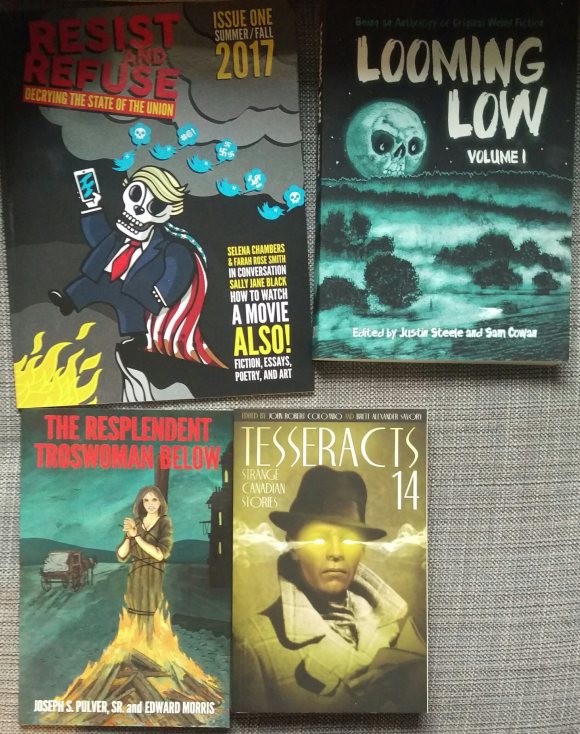 Undertow had a bit of a sale on Amazon – dot com only – the Canadian site still had the trade paperback I got at some ungodly price around 50$. I got that and Bulkin’s book for a lot less. Anyway, the BEST deal for Undertow books will always be a subscription, FYI.

Went to Chi Series to check out the YA night which was awesome. S.M. Beiko was there reading from her new book, Scion of the Fox, and I totally want to read it when it’s not a hardcover. Also awesome was Erin Bow reading Scorpion Rules and Lesley Livingston reading from her soon to be TV series about a teenaged girl gladiator called the Valiant. There was another reader (amazingly accomplished from her bio) who had an interesting story, but it was a work in progress and she wasn’t as dynamic a reader so it didn’t quite grab me and I forgot to take note of her name.

I didn’t go to the fall launch because I was exhausted and stressed. So sick of having to deal with crazy bs.

The Salon du Livre was mostly garbage (I think lots of books are garbage) kids books and publishers catering to that. This was one of the first years with any vendors catering to adults, apparently, but screaming school kids is not my thing. It’s probably a good thing this was my first visit.

I painted one miniature – a WizKids Beholder. I think it looks smashing. 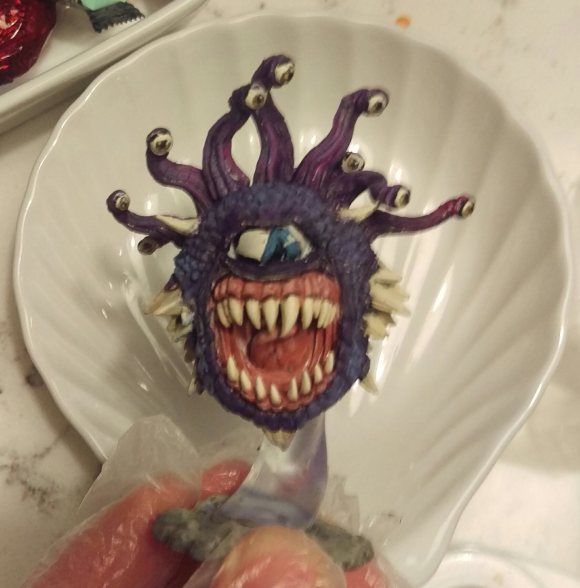 Here’s some game action (Grz’Zilda, my sorcerer is in blue on the left). 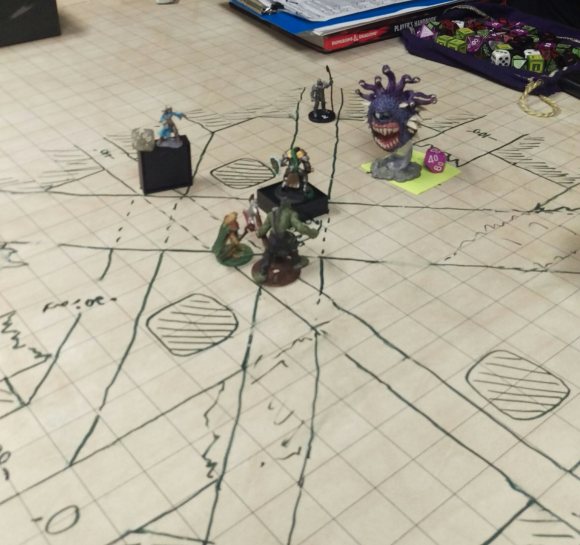 More health issues were discovered. This is a positive because they can be dealt with, and it will improve things. Also some positive developments on the publishing project. Life isn’t all bad. Too many things get in the way of writing, and hopefully I can find a way to address that soon.