Tasseomancy and a ruiner of reputations

Friday our Syrian family decided to make a big feast to thank all their sponsors. It’s been about a six months since they arrived. Not everyone could attend, which is too bad, because it was a lot of fun and the food was AMAZING.

Check out these pics: 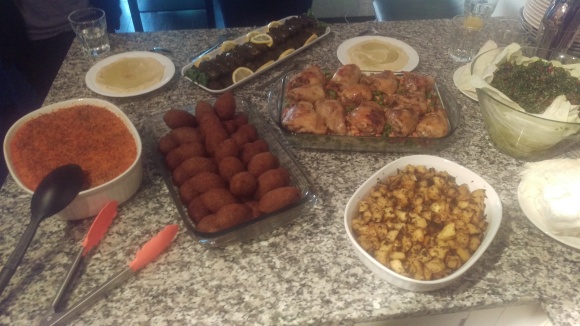 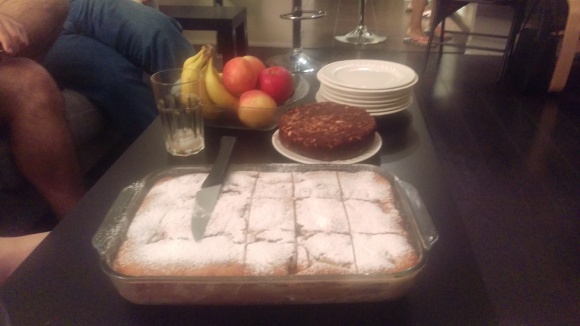 I haven’t had much chance to eat home-cooked Middle Eastern food so this was exciting. And while Syrian and Lebanese cooking have the same roots, the restaurants are mostly  Lebanese.

The chicken was some of the best I’ve ever had – flavorful and moist. It definitely had something to do with how it was cooked, though I forget the process. The hummus was also some of the best I’ve had. The kibbeh was uniformly rolled (my cousin says this is hard). Apparently one of the daughters spent a lot of the time on the phone asking relatives for cooking tips, which is sweet. Syrian cooking seems to be very flavorful, but only simply seasoned (olive oil, salt & pepper, za’atar). Somewhat awkward was being asked to choose a favorite because it was all delicious and they all obviously worked hard for this gesture. A fun point was learning that there’s a Turkish coffee residue fortune-telling app. It didn’t work on this one, because normally they use espresso size cups, and the app kept requesting a proper cup. 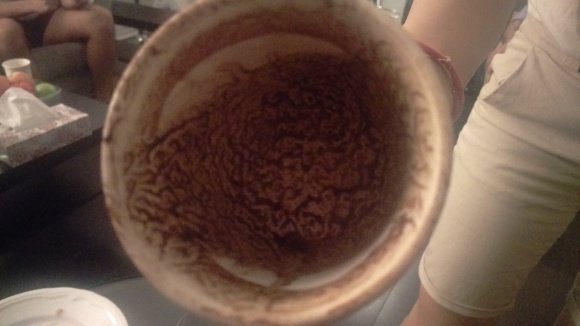 Every time we spend time with them I learn so much about them. This time I learned about the uncle who had previously immigrated here with his family. He and his brother grew up in a small village and hunting was a major past-time for them as kids, but they later grew to love animals and stopped. The uncle had a small menagerie (parrots and dogs stayed in the house, other birds and animals outside) before they left. One parrot his family really loved was an excellent mimic, saying “Hello” in the man’s voice. People would come to the door when he was out and the parrot would answer in his voice, but for obvious reasons not come to the door, and people would leave annoyed. It happened enough that this was “a thing.” A true ruiner of reputations.

I’m looking forward to getting together with all of them again for a Thanksgiving dinner.

So far things are going well for our family. The father is volunteering in an area related to his field of work, and though he’s retired, he’s been the busiest of them. He’s also taking English lessons (but his English is already good). One daughter is working towards credential recognition, professional designation,  and getting Canadian work experience, while the other daughter is going to school for a career change and is loving it. It hasn’t taken long but they’re already bored of what’s on basic cable.