The weekend of the Miniatures Competition I also went for a “hike” with my wife (M.) and sister-in-law (H).

We have temporary access to a car thanks to H, so we drove out to Rattlesnake point for a walk in the woods. Being a downtown kid, I had never been out there before, but M and H had visited plenty while growing up in Mississauga. Normally M and I just wander through the ravines a bit, but this was a nice change. H had just been to Calgary, and while what we did was considered a “hike” here, it was not nearly the same league.

Here are some photos. 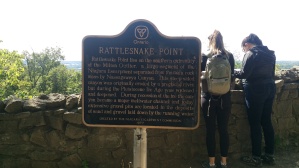 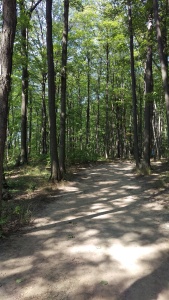 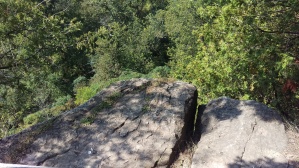 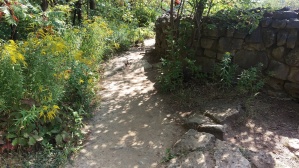 This was an early lookout stop, and apparently while I was standing there getting photographed (in a different photo), someone just ran up and dove over the railing. There was a couple there too, and they seemed to think he knew what he was doing, and nobody heard any screaming, or any noise, really. And there was nothing in the news about an accident, either. It’s a climbing park with lots of anchor points on the top of the cliff, so people are often going over the edge and wall. I think it was likely someone trying to freak people out and/or get a cool photo bomb… and failing. Well not the freaking people out. The couple were rattled, and I surely would have been had I seen it. We later saw someone else preparing more responsibly for a climb. 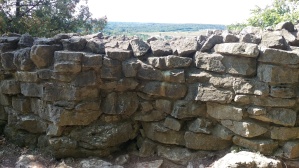 It’s nice to get out sometimes.