No purchases this month (ZERO books!), but a few fun things happened despite me being sick for half of it.

Canada Day celebrations have resulted in some discussion about what is actually being celebrated.

I got to gallery sit for a weekend. It was interesting interacting with people who just wandered in out of curiousity, and those dropping off submissions for an open call. That show was pretty neat, too. The funniest thing to me was that this was my first time going to this gallery, which a friend helped open about 5 years ago.

I dug out old records and found contemporary reviews stuffed into the sleeves with the records – either something I inherited from my mom, or she did for me.
How I listened to Elastica, Man. 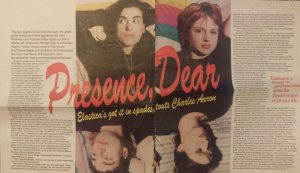 I finally caught up with the last 2 recordings of readings and panels from the Outer Dark Symposium (episodes 14 & 15). Some really good stuff on there.

I caught up with an old friend to watch one of the more enjoyable Blue Jays games this miserable season. Also, I’m an especially cheap drunk at happy hour.

Went to the AGO with Syrian family, then out for tacos. This was their first time eating anything other than middle eastern food.

After years of trying to get a rusty old BBQ out of the yard (because the alley was blocked by construction, snow, and then a downspout, and I couldn’t get help to bring it through the house). Be kind to your neighbours and actually tell them about work that will affect them BEFORE it happens. Here’s the journey in photos (you can tell I’m happy to be done with this): 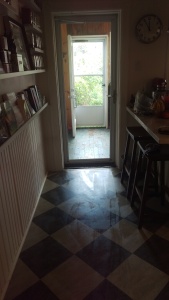 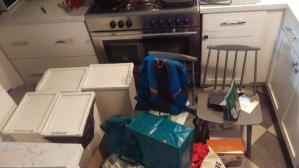 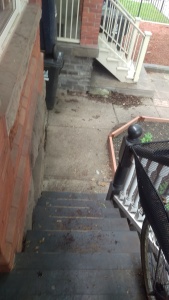 I got to wander around town following city walking tours. Including another visit to Our Lady of Dog Vomit. Some friends have an awkward living situation, and one of them is often wandering around the city with 5 children for a good part of the day. I tagged along and it was great fun. I discovered a few places tucked away that I’d never been, and some interesting projects while looking for things to do. I’m not sure, but I think some of the maps haven’t kept up to date with city development, but I’m also not too familiar with the harbour area, or the condos immediately North of there. 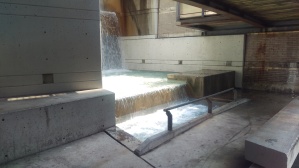 I discovered that the first restaurant I remember going to as a child is actually closing.

I went to the Beach (East-end neighbourhood in Toronto… with a beach) for the first time in forever and enjoyed myself.  The Canadian Tire had a sale on a pop-up half-tent, and folding reclining chairs, and so we brought food, booze (shh), and most importantly books. I got to hide from the sun, ignore people, and just relax. No pics, because too many bodies around and that feels weird. It’s no Mediterranean (I miss Montpellier and the beach streetcar, but this is almost as easy. I won’t ever swim here, though).

Paul Moehringer graciously provided me with a copy of his spreadsheet (I’m not special, or anything, he suggested that anyone who wanted a copy contact him) for his Pyramid Rating System for ranking great baseball seasons. I’ve been trying to mess around with that, but I’m new to regression analysis and stuck part-way, even though there’s a pretty detailed step-by-step. Obviously it’ll be a while before I can talk more about my efforts, though if the website is launched, expect a post on fun with baseball stats.

I read some more Looming Low, which continues to impress, and painted a whole ton of stuff (42 minis in total, a few not pictured here).

ChiSeries fundraising – because genre gets little respect in the granting world, and the series has not received a grant for 2 consecutive years – there’s a Paypal link there, and [a]ll money raised goes to pay authors and performers who appear at ChiSeries (branches in Toronto, Guelph, Peterborough, Windsor, Ottawa, Calgary, Winnipeg and Vancouver). Has anyone ever done the full tour?

[they] will also be running a Kickstarter/Go Fund Me with some cool prizes in late September.

Allie and Lara make a horror movie Only days left!

Test Patterns  which needs your help.