Not much happened – the rain and humidity laid me out pretty thoroughly. Same with allergies, which have been worse than ever before.

It was Pride month – though I stayed home and iced my neck during the festivities. I’ve never been much to celebrate it: I hate crowds, am prone to weather headaches, and burn easily in the sun – things that tend to not get me invited to celebrate with friends. That said, I hope everyone had a great time.

Lots of job interviews, not a lot of follow-up. Lots of garden salads, more veggies soon.

Actually getting a quote regarding basement renos – it’s both exciting and nerve-wracking. All the things I’ve been struggling to get done now have a deadline. We’ll also have to move to my in-laws’ basement with 2 cats and some “need to keep safe” items.

I tried to collaborate on a story with my wife. We started late in the process when I noticed a call, and due to amazing weather, I did a lot of sleeping. As I write this, mostly I’ve contributed research, ideas, and discussion. It’s pretty much her story. It’s been interesting learning how I do (and especially don’t) work well in collaborations. We didn’t make the deadline, but we’re going to finish the story over the next week, then work on addressing constraints imposed by the call for submissions that make it a weaker (but easier to sell) story. I’d definitely try it again, but now’s not the time.

My wife graduated. It was torture. I gladly went through it for her. She took a week off, and we had a nice stay-cation. A walk in the park the next day was memorable. So was the Do Make Say Think Concert we went to. Here’s a photo of the pre-show lighting. I saw them once around the last album, and then before that in the late 90s at a place called Club Shanghai. 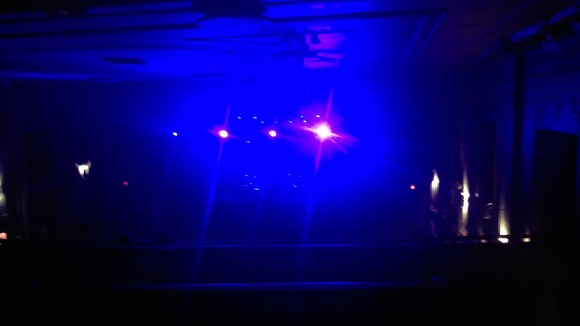 I missed 2 events both on the same night:

1 A concert by Hailu Mergia. I’ve been a fan for a few years since I heard a reissue online.

2 Michael Cisco was reading as part of a ChiSeries

I got a few books:

Christopher Slatsky– Alectryomancer & Other Weird Tales. It’s been on my wish-list for a while, so I got it when I had to order a new printer toner cartridge.

Nicole Cushing – The Sadist’s Bible I finally got my paper copy. It was a long time in transit. I’ve already misplaced it.

Ed. Justin Steele – Looming Low I was offered a digital ARC as a long-time subscriber – how could I say no? I’ll post a version of my review here soon. Preorders are open for the limited version.

A few Dunham’s Manor books came in at the end of the month:

Anya Martin – Passage to the Dreamtime

V/A – Xnoybis #1 (an old issue lying around, I claimed via Facebook). 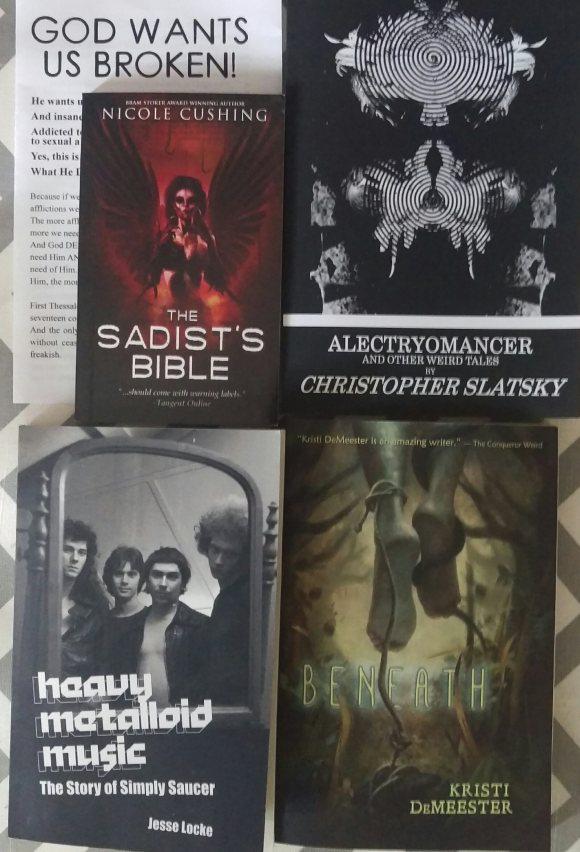