Leave a comment
By fmagto Cats, Currently Listening, It's all about me, New Things

November was pretty boring – dealing with contractors who seem incapable of communicating, and dealing with the goblin’s spaying.

I did get ONE book. 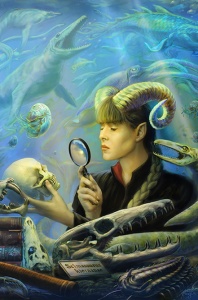 I got a “damaged” copy (seriously glad that collecting isn’t my goal, because all that I saw was a crease in the jacket) and being able to ship it to my in-laws PO box saved me about 50$. Shipping books to Canada is stupid expensive, basically doubling the cost. I was actually expecting this in the spring with my delivery of Dear Sweet Filthy World, and was hoping for my Outer Dark T-Shirt from Skurvy Ink. It may be waiting for me, but my in-laws went to the US a week or two earlier than expected (and my arranged delivery date). Oops.

I also got my copy of the deluxe edition of  Flawed is Beautiful. You can still buy a copy of the movie, and there’s a handful of deluxe copies left with the bonus CDs and live footage (worth it, if you’re a fan). Try messaging the Facebook page for that one.

Gigi’s recovery has been excellent – we decided to pay for our local vet to do follow-up, because it’s pretty stupid to spend over two hours on public transit for maybe a 15 minute appointment. Keeping an energetic kitty locked in a room for 10 days also led to a serous lack of sleep, as she’s obsessed with killing toes, and anything else that moves in a bed. It’s apparently difficult to train a cat out of that behaviour, but we’re trying. That and her bullying of Moose have made for a handful.

After four-and-a-half years of trying, I finally started work on a  short-story I’ve been threatening. 350 words that will almost surely be cut, but with the struggle I’ve had to write anything, I’ll take that as a win. The plan was to just bust out a draft, but real life got in the way, and I had no energy. I hope I still can finish before the end of the year but we’ll see. Lots of time-sensitive things to do. 30 minutes a day.

One of these days I’ll talk about my experiences with contractors, but for now I’ll just say that I spent most of my spare time trying to get people to follow-up with estimates after I’d been told to expect things in a few days. It’s more than frustrating when people can’t even call you back.

More importantly, lots of crazy things have been happening since the US Election. As an outsider, I find it hard to understand how the continued appointment of unqualified and racist people by the President-Elect is acceptable in any way. There’s enough written by people more informed than me out there, and I hope people will read it, and keep talking about it. I find it crazy how there’s an increase in racial/ hate-based violence, and I’m glad it’s getting reported. It’s happening in Canada too – the election results have given people a sense of permission. It was always happening, but even my friends who are more likely to be affected have commented on the increase.  I’m committed to this not spreading, but it’s clearly going to have to be a lifetime fight.

While I’m glad for the reprieve on DAPL, the obvious racism in that situation, and the violence against peaceful protestors has been really disturbing. If the government tries to sneak things in quietly in a few months, people should be outraged – the changed route clearly negatively impacts more water than the original route, and desecrates sacred ground. Better yet, as a world we could move away from fossil fuels, but I’m not holding my breath – even with the news that Tesla could power the US just by installing solar panels in Utah.

Lots going on this month, so expect a new post within the next few days.