I finally got some Kickstarter minis after a year delay. 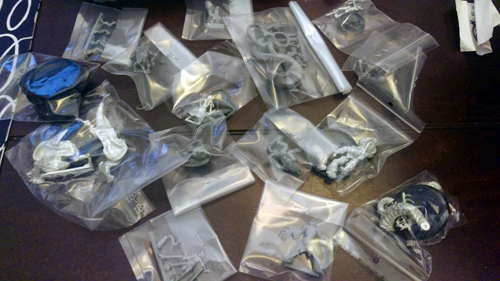 Sometimes with a hobby business (in this case a side gig) you get extra delays, because you need to fit things around your regular schedule. I’m happy to say, though, that the year’s wait has been worth it. I’m always happy to signal boost for a small business, in this case, Paymaster Games out of Seattle. They were pretty communicative about delays and so on.

Here’s a few photos of some of my favourites. They are from the Going Native line (a tabletop wargame featuring different indigenous cultures from North and South America, and the Pacific Islands).

One of the flying heads 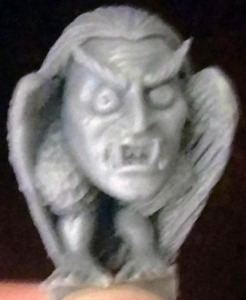 There’s another one of these with wings spread. This was just the first one I grabbed. It was a bit difficult to get a photo because it’s pretty small – about the size of one segment of my thumb.

The Ahklut (half Orca whale, half wolf, all fearsome). 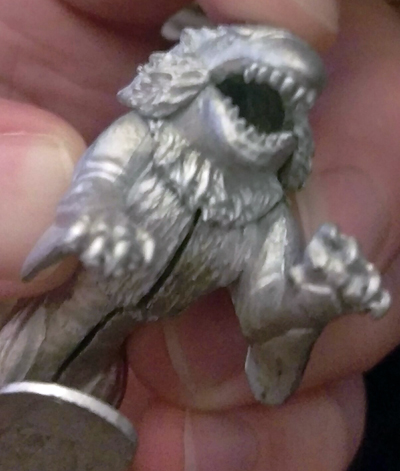 As you can see I’m holding this one together. This one will take some work, and it’s a bit out of my comfort zone. I tend to avoid miniatures like this because of the extra prep time, and my schedule’s been more than full over the last while. I’m either going to have to file something to get the pieces to sit together better, or do some filling. There’s bumps and corresponding indentations on the inside seams, and it’s possible those aren’t lining up right either. 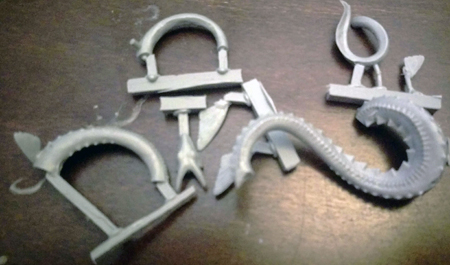 This one will also take a lot of assembly work. It’s in resin as opposed to pewter like the Ahklut. 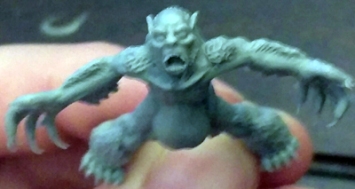 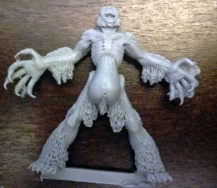 I’m not sure why there’s a weird green tint to that first photo, but I did my editing on my phone, and it’s a lot less precise. Those claws will need to be cleaned up, but otherwise this will be an easy prep. I’m looking forward to seeing this painted up.

This is a fairly niche market. Most miniatures companies make”skraelings” or post-contact generic “indians.” I was definitely intrigued by the mythological monsters aspect, and  also the fact that the owner has some native heritage, because cultural appropriation is something that I try to be aware of.

I hope to paint some of these up soon, but the reality is that I’ll be doing the easier minis in the batch first. You can see more photos on the company’s Facebook page.

And because Stranger Things, everyone’s favourite TV show these days, includes miniatures, here’s an article about the creator of the Demogorgon mini. There’s not a lot of discussion about the show itself, more about 80s gaming. I’ve been freaking out about the soundtrack, and if you have too, we both have Justin Steele to thank for the tip on Survive. You can hear a bunch of their stuff on Bandcamp and on Soundcloud.